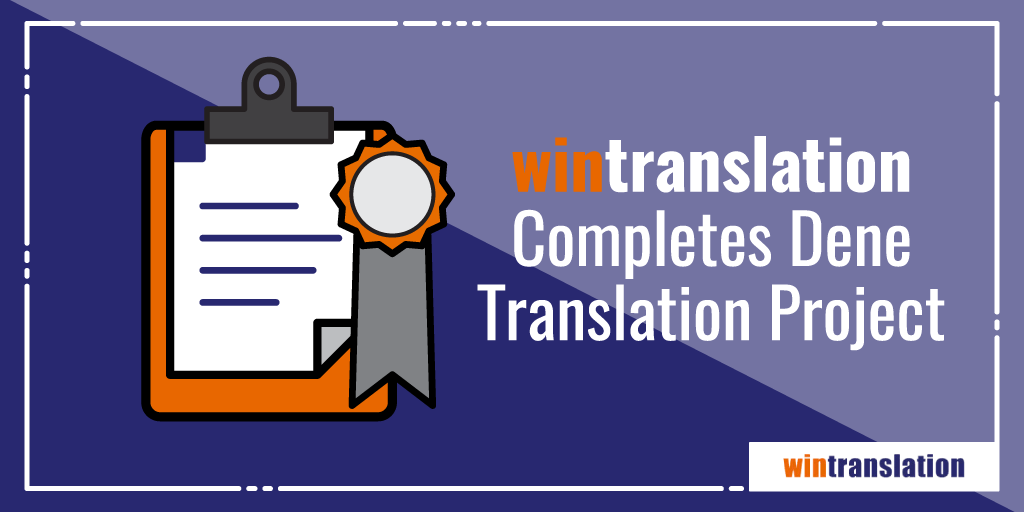 Over the past week the wintranslation™ team has been hard at work completing an English into Dene translation project for Public Works and Government Services Canada.

Dene (also known as Denesuline or Chipewyan) is one of Canada’s many aboriginal languages and has over 12,000 speakers who live mainly in parts of Saskatchewan and Alberta. This language is normally written using the Latin alphabet with the addition of several special characters. 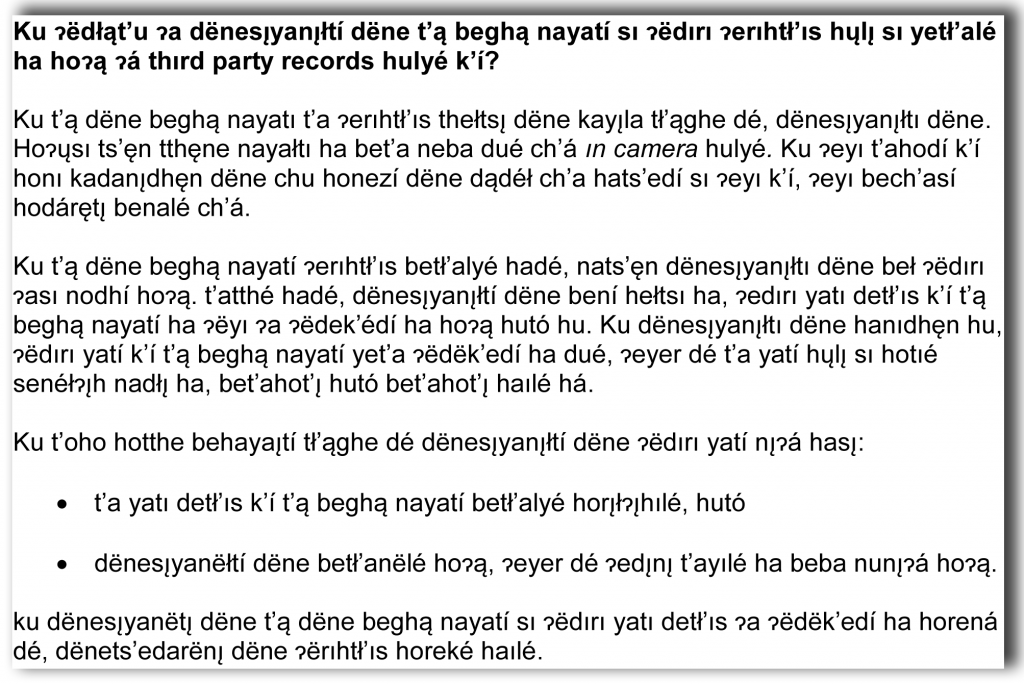 As always, we are proud to be able to offer translation in Canada’s aboriginal languages such as Ojibwe, Inuktitut, Cree and more! We recognize the importance of these languages to our country’s heritage.

Azaëlle Elliott-Bouchard joined on as a project manager in 2014 after completing her BA at University of Ottawa in Translation with Specialization in French. She is responsible for inbound quotes and estimates as well as leading the management of ongoing projects and engaging with clients to ensure high quality customer service. She recently received her Localization Project Management Certification and has presented at the International Conference in Translation Studies: “Translation and Minority”.