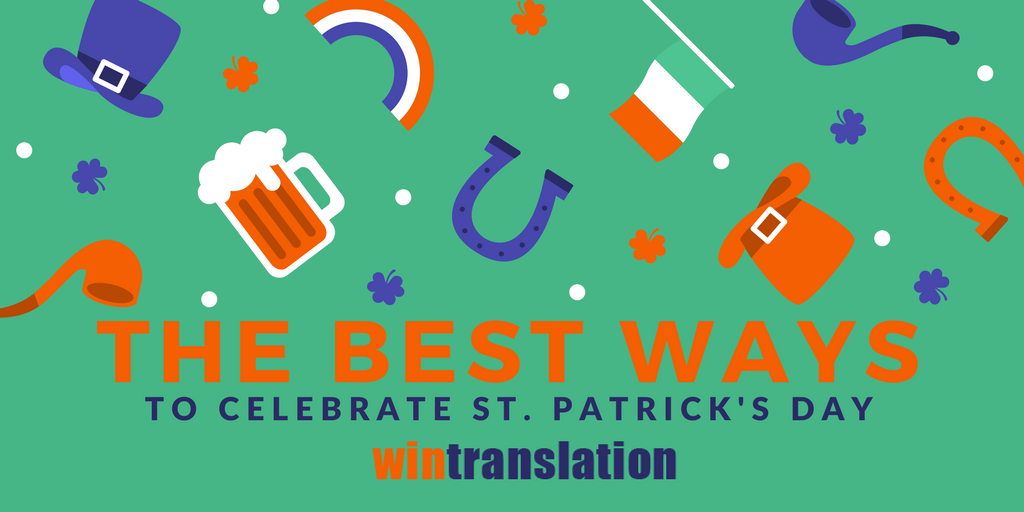 It’s St. Patrick’s Day, a day where people of all backgrounds from all around the world dress in white and green and get together for a pint to celebrate the Irish holiday. It doesn’t really matter where you live, because chances are something is happening to celebrate one of the liveliest holidays of the year. From big events, to multi-day festivals, something is probably happening near you in celebration of St. Patrick’s Day!

Every year Dublin hosts a multi-day festival full of activities for attendees to take part in, full of dancing, music and fun for all. The Dublin festival also puts on a parade that attracts thousands of tourists a year and is one of three of the largest St. Patrick’s Day parades in the entire world. The celebrations don’t stop there, Ireland’s smaller cities such as Cork, Waterford, Belfast and Downpatrick host festivals and parties of their own. These celebrations can consist of parades, street performers, music, workshops as well as different food and craft markets. While it doesn’t really doesn’t get more festive than this for March 17th, it doesn’t mean that the celebrations are exclusive to its home country.

With their close proximity, and a large Irish population it makes sense that Ireland’s closest neighbour, the United Kingdom, celebrates St. Patrick’s Day as much as they do. Different towns and cities have their own traditions and ways of celebrating the holiday.

Several cities will dye the water of their fountains, river’s, and other areas ingreen for the occasion, such asthe Chicago River, the fountains at the White House and the White River in Indianapolis which are all dyed green in celebration of St. Patrick’s Day.

There are also over 20 stateside cities that host parades, most notable being New York City’s St. Patrick’s Day parade. New York puts on one of the biggest St. Patrick’s Day parades making it one of the big three along with Dublin and Birmingham. The New York parade typically consists of over 150,000 marchers, including firefighters, members from different branches of the military, bands and many more all marching in front of over 2 million spectators. What a show! That doesn’t mean they’re not the only ones with record-holding parades.

A neat fact that may surprise mostis that in the Canadian province of Newfoundland and Labrador, St. Patrick’s Day is actually a provincial holiday! This can be explained by the important Irish heritage of Newfoundlanders.

The Irish heritage is also celebrated loud and proud in Argentina on March 17th. In Buenos Aires, over 50,000 Argentinians celebrate St. Patrick’s Day each year. On the downtown street of Reconquista, where a number of Irish pubs are located, Argentinians celebrate by holding a huge block party were all are welcome to come and celebrate. In good St. Patrick’s Day fashion, there’s also large parades, a lot of dancing and drinking.

Ever since the first St. Patrick’s Day parade by the Irish Network Japan in 1992, cities all across Japan have started taking part and hosting St. Patrick’s Day celebrations. Multiple cities host their own parades full of performers, music, Irish costumes, and their beer of choice,we’ll let you guess what Irish brew that could possibly be.

No matter where you are in the world St. Patrick’s Day is a great way to come together and celebrate the rich Irish culture. So, whether you’re taking part in your city’s St. Patrick’s Day events, going to a pub, or simply hanging out with friends, we hope you’ll have a craic! What’s that? Just us getting in the spirit for the holiday by wishing you a great time with a bit of Irish flavour.