Need An Inuinnaqtun Translation? We Can Help.

Inuinnaqtun is an Inuit language which is mainly spoken in the Northwest Territories and Nunavut where it has an official language status. wintranslation is proud to offer Inuinnaqtun into English translation services.

What do I need to know about Indigenous Languages?

About The Inuinnaqtun Dialect

Inuinnaqtun is an Indigenous Inuit language and a dialect of Inuvialuktun spoken in several Northern Canadian Artic communities. The provincial governments of both the Northwest Territories and Nunavut have recognized Inuinnaqtun as an official language and this is reflected in many provincial documents being available in English, Inuinnaqtun as well as Inuktitut.

As of 2011, the number of Inuinnaqtun speakers was 390 across both Nunavut and the Northwest Territories.

As of the 2016 census, this has grown to 675, the majority of which come from just a few communities across the Artic;

While these are remote, sparsely populated communities the language and dialect is important culturally to these communities as it represents their rich heritage. With economic opportunity finding it’s way up into Cambridge Bay and Kugluktuk, wintranslation has done many environmental impact assessment translations into Inuinnaqtun as well as other dialects of Inuvialuktun.

Examples of Projects Our Translators Have Completed 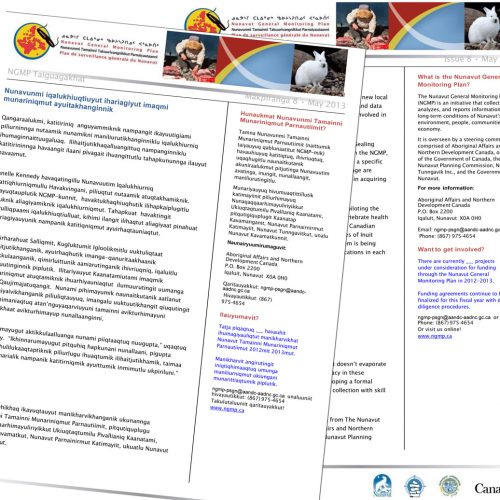 An award-winning translation service provider based in North America, wintranslation has a fifteen year track record in managing complex multimedia and large-scale projects on time and on budget. Our company specializes in the translation of Canada’s aboriginal languages including Inuktitut, Nunavik, Cree, and Ojibwe. Please see our languages page for a full list of languages and dialects we currently suppport.